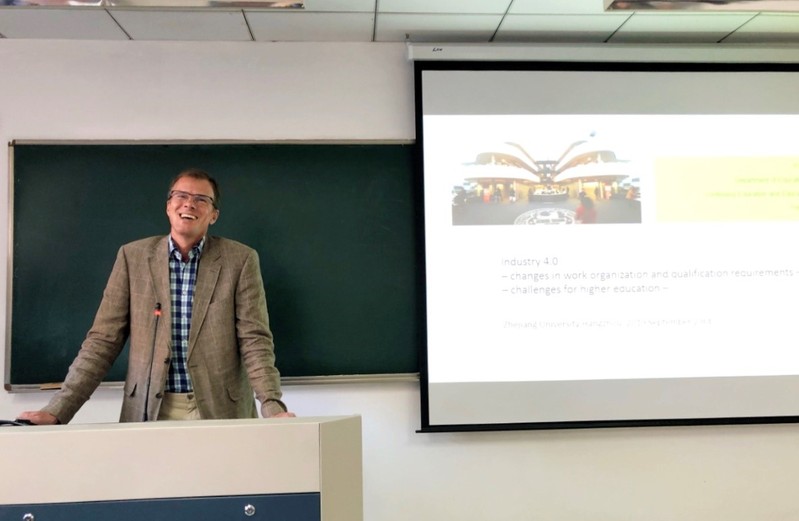 Professor Kuper first pointed out that Industry 4.0 focused on digitalization, informatization and electronization, marked by the invention and application of artificial intelligence. It aroused a series of discussions on the relationship between virtual reality and the human world.

Three impacts brought about by Industry 4.0 were analyzed. The first is changes in the working form. For example, the interaction between human and machine may change: human beings may reduce the basic production modes such as farming, cattle feeding, etc., and instead increase the use of machine. This will have an impact on the work structure: workers who know the algorithm, machine controlling and cooperation consciousness will be in good demand. Then, Professor Kuper put forward two possible working forms: under the guidance of experts, each group is engaged in production activities; experts control machines to carry out production. Situations vary from country to country based on the labor cost, industrialization level, education, etc.

The second is that three abilities may be more important in the new era: the ability to address technical problems, to cooperate and communicate, and to adapt to new environments and create new things. According to a survey of mechanical engineering companies, 63% of participants said that simulation technology was one of the most important technical abilities in the era of Industry 4.0.

The third is that higher education would be also affected. For example, the way of data acquisition and management may change. Professor Kuper stressed that in the face of the changes and challenges of the new era, the best respond for universities and students is to try to acquire and apply knowledge, take responsibilities and develop innovative sprits. He mentioned that 14% of German universities have clearly defined the concept of digitalization, and most of them are equipped with facilities such as online examination centers. MOOC, webinars and other forms of research seminars will also have a huge impact on teaching. 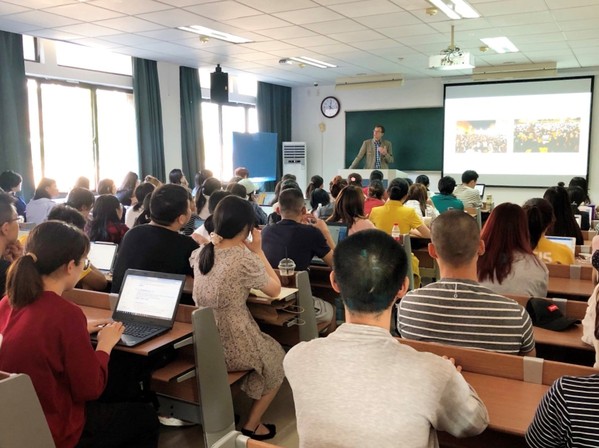 After the speech, enthusiastic students raised many questions on effects of Industry 4.0, and Professor Kuper all gave detailed answers. Impressing and thought-provoking, this lecture is concluded by audience’s applause.