On May 17, Professor John A. Hall, Professor James McGill Emeritus of McGill University, and academician of the Royal Society of Canada, gave A lecture entitled Empires, Ancient and Modern at the Great Overseas Teacher Lecture Hall (118). Professor John A. Hall's research interests include empire, nationalism, war, international relations, capitalism and modern social thought. Professor Zhao Dingxin, Department of Sociology, Zhejiang University, served as the host of this lecture, and Zhou Luyang, researcher of Hundred Talents Plan, Department of Sociology, Zhejiang University, also participated in this lecture as the co-host. 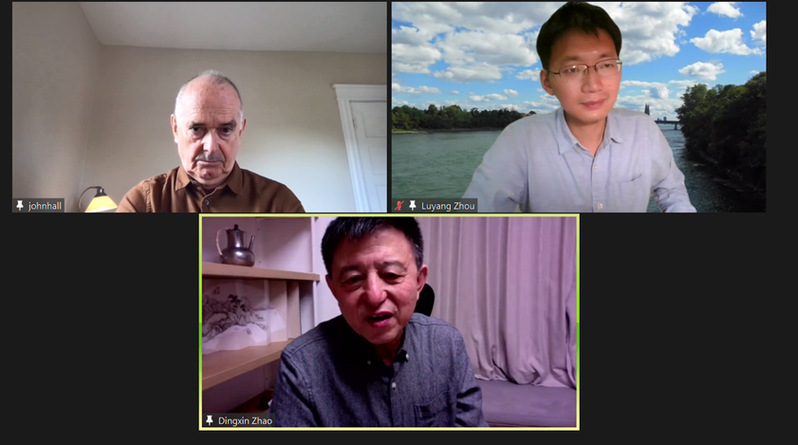 Centering on the theme of Empire, Ancient and modern, Professor John A. Hall analyzes the overall changing characteristics of various empires in historical records. He stressed that the concept and its implications are still very important in today's age, when empires are still powerful. First, the professor clarifies some of the important elements and connotations of empire: the center of the empire controlled the parts and edges of the empire, but there was cultural and ethnic diversity in different places; The form of control may be territorial, non-territorial, direct or indirect; At this stage, the center of the empire could still have profound influence over the periphery, even if it was a non-territorial or indirect form of control. Second, the professor stresses that the power of empires comes not from the size of the economic benefits they extract from the region, but from the increased economic interaction that intensifies nationalist conflicts. 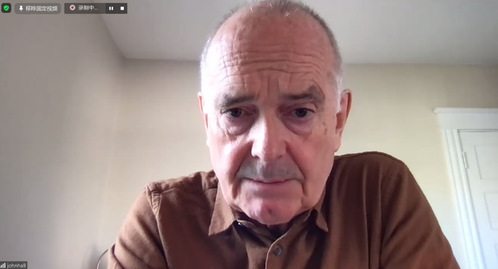 The professor chooses two civilizations represented by the Roman Empire and pre-modern China, European countries in the 18th and 19th century, as well as the United States and the Soviet Union three kinds of empires or three different historical stages of the imperial form for example, and to analyze.

As for the Roman Empire and China, the professor believes that due to the influence of geographical environment and ideology, the Roman Empire was unable to unify after the division. In the later period, various small countries in Europe competed fiercely, which led to continuous wars and unrest. War and turbulence not only brought negative effects that could not be ignored, but also made Europe lack a strong central control that would have a significant impact on the future economy. The sprout of capitalism was developed and social changes were promoted.

Concerning the relations and dynamics among the powers of Great Britain, France, Russia, Italy, Austria-Hungary, and the Ottoman Empire in the eighteenth and nineteenth centuries, the professor argues that industrialization created geopolitical tensions, and the availability of resources and the size of markets became increasingly important to the countries. The need for expansion and belief in the necessity of empire as a form of governance collided with regional nationalism, further aggravating geopolitical tensions and threatening world war, which ultimately led to the decline of Europe.

Finally, the professor elaborated the great influence of geopolitical conflicts and nationalism on Germany and the Communist Soviet Union during Hitler's period: the formation of the third empire form and world pattern, the struggle between the two great empires during the Cold War and the unipolar world pattern after 1991. At the end of the 20th century, American dominance and influence were challenged by global capital and the rise of China, but the unipolar world remained the same, he said.

Professor John A. Hall's lecture was rich in content and vivid cases, attracting more than 300 online participants. After entering the interactive Q&A session, the academic atmosphere was strong. Around the theme, the professor communicated with dozens of teachers and students actively, and the Q&A was enthusiastic. The excellent lecture made two hours pass by in a flash, and the students and teachers benefited a lot. They further understood the perspectives and methods of comparative politics and comparative history research.